A bottle of Small Batch can run you anywhere between $29 and $45, so it’s a good idea to get an idea of what it is before dropping money on it.

In this review, we’ll go over what Jefferson’s is and how it performs against other similarly priced bourbons.

So, with all that in mind, let’s hop into one of Kentucky’s newest and most exciting distillers.

Based in Louisville, Kentucky, Jefferson’s is a relatively young brewer when it comes to its competitors. The brand was launched in 1997.

After finding initial success with the Jefferson’s Reserve Bourbon, the brand expanded. They added a few more offerings to their catalog, including the Very Small Batch Bourbon that we’re talking about today.

Jefferson’s Very Small Batch Bourbon is made up of Jefferson’s straight bourbon and three other straight bourbons from the surrounding areas. All spirits are aged for a minimum of four years in new, charred oak casks before bottling.

The aim of mixing these malts is to get a drink that is complex and substantial (as is their premium bourbon) while allowing for complex, new flavors to come through.

An interesting note is that no two batches of Very Small are identical. Where this would normally be a knock against the brewer, Jefferson’s have used it as a selling point.

Every batch is unique in terms of taste, aroma, and body, but the general quality is always the same. All in all, it’s a very good bourbon that even the most hard-nosed connoisseur will enjoy.

When breaking down a whiskey tasting, there are three key factors to consider: the appearance, the nose, the palate, and the finish.

The appearance of a drink may not seem like much to criticize, but the way a drink looks in its glass is the first impression you get of it. The colors of the drink and the way it clings to the glass can give you a good indication of what to expect.

The nose of bourbon is made up of its smell; what aromas there are when you swish a tumbler, and where the notes hit you.

The Palate is the way it tastes. The flavor of bourbon comes from complex molecules in the spirit. Everything in the process of brewing and distillation has an effect on the overall taste: which ingredients were used in the mash, how many times it was distilled, and in what barrels and for how long it was aged.

The finish of a whiskey is a more obscure facet of the drink. In short, what happens in your mouth after you’ve swallowed?

For this tasting, the bourbon was enjoyed neat, with a splash of cold water to release the flavor. Feel free to drink it however you like to.

Very Small has a rather unique color. It verges on deep, mahogany red with only some of the typical light straw color you expect from bourbon.

It’s deliciously vicious, clinging to the sides of its glass-like it never wants to let go.

Before you even taste it, you can tell that at the very least, this is going to be a bourbon you’ll remember.

As soon as you bring the glass to your nose you’ll pick up strong scents of oak and vanilla. This is typical in bourbon from the aging in charred oak.

After the initial nose, you’re transported to a small farm somewhere in rural Kentucky on the aroma of hay and freshly cut grass. At times these scents can border on astringent, but they are mostly pleasant.

Behind the spicy and floral notes at the front is a lingering sweetness. There’s a nuttiness that’s most akin to molasses, with tangy fruit notes of overripe plum.

The first, dainty sip of Very Small is instantly strong and spicy. There’s a rich smokiness from the charred barrels that dances at the tip of the tongue.
A second taste reveals the subtler notes. The sugars in the corn have broken down to a rich, malty, honey-like taste that mingles with notes of cream to make a toffee-like flavor.

At the back of the tongue, you can pick up on the fruitier side of it. There’s something almost like marmalade coming from the notes of orange and tangerine peel. Jars of preserved figs or apricots spring to mind.

Although it’s by far unpleasant, we felt that there was a missing middle note to round the drink out. All the tasting sensation occurs at the front and back of the palate, and not on the middle tongue.

This felt a little underwhelming, as we expected such a bold-colored and scented bourbon to have a bit more body.

The finish is pleasant, but a bit underwhelming.

After swallowing, you are again greeted by the same, rich aromas you’re familiar with. A lovely smoky finish that makes you sit back and sigh: “Ah.”

But it’s missing the staying power. When you sip a great bourbon, you want the finish to hang around at the back of your throat for a bit. To crawl up through your sinuses and back into your nose.

However, the finish on Very Small is gone almost as soon as it’s swallowed.

Jefferson’s Very Small Batch Bourbon is a good bourbon for all sorts. It aims to be an easy-drinking beverage while still satisfying more discerning palates.

While it sacrifices a bit to achieve these goals, we still think it’s a laudable endeavor, and we thoroughly recommend it to anyone who gets the opportunity. 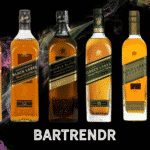 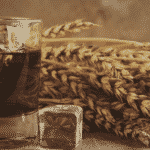