Rock Hill Farms was first released about 30 years ago. It became rare over the past decade and has recently reappeared. The rebirth of this high-proof classic is exciting news in the bourbon world.

This article brings you an in-depth review that unveils some of the mysteries surrounding this bourbon.

Rock Hill Farms Single Barrel is made from the original Buffalo Trace Mash Bill #2. This places it alongside some fine bourbons, like Hancock President’s Reserve, Elmer T. Lee and Blanton Single Barrels.

The mash bill has less than 15% rye, 5% malted barley, and of course, 50% corn. Buffalo Trace guards the exact recipe closely. How exactly the Mash Bill #2 lineup is made remains a mystery. We know it is not very much higher in rye than Mash Bill #1. The difference is about 5%.

This creates a spicier bourbon but not overly so. It is also less sweet than bourbons made with Mash Bill #1, such as Buffalo Trace straight.

The distillery uses the pristine limestone water from the Kentucky River. The grains grown for Rock Hill Farms Single Barrel are nourished by the county’s rich soil.

It’s bottled at 100 proof or 50% alcohol content. This is more than average. The higher alcohol content doesn’t interfere with enjoying the nuances of this fine bourbon.

The spicy warmth is more subtle and won’t overwhelm you all at once. It’s creamy and has traditional aroma and taste notes.

The exact maturing time for Rock Hill Farms Bourbon is unknown. We suspect it’s hidden somewhere quietly to age a few years more than the others. It may have been aged 8 years or longer. If this is true, this single barrel bourbon is absolutely worth the wait.

You may be looking to treat your grandfather or another older gent who likes bourbon. In that case, Rock Hill Farms Single Barrel is a perfect choice. Even the fussiest bourbon drinker will appreciate the quality and rarity of this bourdon.

Bourbon is America’s only native liquor. It is still occasionally maligned in favor of other whiskeys from around the world. But Rock Hill Farms Bourbon is good enough to improve the standing of bourbon in the eyes of critics.

As proof of this, it won gold at the International Wine and Spirits Competition in 1999. It disappeared for a while. Then it popped up again in 2019 when it took the gold medal at the Liquid Gold Awards.

This is a premium whiskey with a unique profile. It is not suited to cocktails but savoring without frills. It would be a shame to add more than a little neutral soda and ice to Rock Hill Farms Single Barrel.

We recommend adding water to get the most out of this bourbon. It enhances your ability to enjoy all the richer flavors.

You will enjoy Rock Hill Farms Bourbon more in an inverted bell-shaped glass. Look for a thinner glass that helps funnel the aromas towards you with a slight lip.

The aromas of Rock Hill Farms Single Barrel are a little fruity with a touch of spice. The cinnamon stands out most and there are very appealing vanilla notes.

Sommeliers are experts at detecting the aromas and flavors of alcoholic drinks. They have noticed an aroma of burnt sugar, dessert apples, and even citrus as well as a touch of fresh hay.

The first tasting presents a traditional medium rye bourbon. It has a notable creaminess and well-rounded balance. The oak note in Rock Hill Farms has been well preserved, likely through a long time resting in the barrel.

After a little while swirling in the mouth, the spices show themselves beautifully. The cinnamon carries through from the nose to the palate consistently. You may be able to taste the delightful cherry and mint flavors as well.

The taste overall is moreish at first yet satisfying towards the end. The spices and oak last on the tongue in a pleasing way. The quality finish is proof that Rock Hill Farms Single Barrel Bourbon has been aged longer and kept in a prime spot.

Rock Hill Farms Single Barrel comes from a bourbon-maker with many award-winning expressions available. So it could get lost among the line up. But Rock Hill Farms still distinctive.

We’re also inclined to favor Rock Hill Farms over the other Buffalo Trace Mash Bill #2 options. It is unique among these distinguished bourbons. This is probably mainly a result of the controlled storage conditions.

We think the hand grenade-shaped bottle of Blanton’s bourbons is inferior to Rock Hill Farms. Rock Hill Farms has a gentlemanly style with its horse-themed artwork.

The presentation may be an important consideration for you, say for a gift or the liquor cabinet. In that case, we would choose Rock Hill Farms or Elmer T. Lee over the other Buffalo Trace Mash Bill #2 bourbons.

That said, you are not compromising on quality for pretty packaging with Rock Hill Farms Single Barrel.

Elmer T. Lee Single Barrel is also similar, but the proof is lower than Rock Hill Farms. Elmer T. Lee is a little sweeter and not as creamy.

It may be advisable first to try Hancock President’s Reserve Single Barrel as a well-rounded introduction. Then move onto Rock Hill Farms to gain a deeper appreciation for the #2 tradition.

Rock Hill Farms Bourbon is worth buying any time you come across it. This is especially true if it is under $60 a bottle.

You may be fortunate to hunt it down at $40 to $50 in the store. In that case, we would buy as many bottles as possible. At a higher markup, it would still be worth it if you can afford it.

Hopefully, Rock Hill Farms Single Barrel will continue to be more widely available and the price level out. In case it does become rare again, it is time to get hold of it now to try it or add it to your Buffalo Trace collection.

If you can’t already tell, we’re big fans of the Rock Hill Farms Single Barrel Bourbon, and we recommend anyone who can get their hands on a bottle to give it a try. If you love your bourbon, this one will impress you. It makes the perfect gift to any bourbon lover, and they will surely be grateful to receive a bottle this fine. 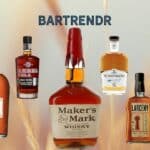 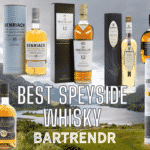