Vodka is popularly known to contain potatoes, but it is also created using other high starch or sugar plant matter combined with yeast.

This article explores what vodka is made from, and how it is made.

We also look at popular vodka brands like Smirnoff, Grey Goose, Absolut Vodka, and Ketel and we share some delicious vodka cocktail recipes.

Vodka can generally be described as a clear, colorless distilled liquor that lacks a distinct taste.

The general alcohol content ranges from 40% to 55% ABV (Alcohol by Volume). In simple terms, vodka is a combination of water and ethanol that is mixed until it reaches proof of 80.

Unlike gin and beer, which gain their flavor from their ingredients, vodka was not intended to take on too much flavor.

However, we’re pretty sure that you’ve seen some flavored vodka options such as blueberry vodka or pineapple vodka.

Generally, vodka is made using mash from relatively cheap raw materials that are easily used for fermentation.

Russia has traditionally used cereal grains when brewing vodka; however, potatoes have taken over the role of raw material.

What is Vodka Made From?

As mentioned above, vodka is a distilled alcohol made from ethanol gained during the process of fermentation. The main ingredient of most vodkas is potatoes.

However, any cereal grain can be used such as corn, rye, or wheat.

Some distilleries use fruits like sugar cane, or grapes to make vodka. In a pinch, you could even use milk whey as a mash base to make vodka. The English brand Black Cow makes use of milk whey.

The characteristics of vodka are heavily influenced by the type of grain or fruit used.

For example, potato-based vodkas will have a more neutral profile than vodka fermented from fruits.

This might come as a surprise but the main ingredient of most vodka brands is water, unlike the other 6 different types of liquor. The word ‘vodka’ comes from an old Slavic word voda which means ‘little water’.

Generally, the ABV of vodka is 40% which means that the water content of most vodkas is around 60%. This results in an 80-proof spirit.

Depending on the country you find yourself in, the ABV level will change. In the US the ABV minimum is 40% while in Europe it is 37.5%.

How is Vodka Made?

Traditionally, vodka has been made via processes of fermentation, distillation, dilution, and filtration (in that order). While this may be true, some vodkas like Ciroc Vodka can be made from grapes which gives the vodka a unique flavor.

Brewers will start by creating a mash from the raw material, either a cereal grain or potatoes and leave this to ferment. The higher quality the grain, the better tasting the vodka, which is why luxury brands like Crystal Head Vodka incorporate some of the best grains available.

How companies make their mash will depend on their personal preferences but the simplest way is to boil your cereal grains or potatoes. For a creamier finish, breweries might choose grains with a higher starch concentration.

In certain cases, breweries can use a combination of grains, such as wheat, and potatoes.

Once the raw materials have been boiled. It is time for fermentation.

The fermentation process produces ethanol (alcohol). Brewers will then add their preferred yeast to the mash. The ratio of yeast to mash will depend on the type of yeast the brewers use. The temperature that the mixture is left at will also depend on the raw ingredients and the yeast.

Once the brewer obtains the raw ethanol, they distill the raw ethanol to purify it and filter out any unwanted materials that could affect the flavor of the vodka.

Distillation usually involves transferring the raw ethanol to a sanitized container with an inserted pipe. However, depending on the brewer this container can be made of any material such as copper or steel.

From my understanding, the type of material that the containers are made of is also said to affect the quality of the vodka.

The ethanol is then heated to a temperature above 80 degrees.

The distillation and filtration processes also aid in removing excess water and this increases the ABV.

It is common for breweries to distill their vodka multiple times to create high-quality vodka.

Some vodkas need to be filtered before being bottled however, this depends on the purity of the water that was used.

An additional step in vodka brewing is demineralization. This step ensures that the vodka stays clear and doesn’t become cloudy over time.

Breweries can also decide to filter their vodka through charcoal, quartz crystals, and lava rocks to further remove any unwanted elements.

It is important to note that each step in the brewing process will affect the taste and characteristics of the vodka.

The last step is bottling the vodka and shipping it out.

What is Tito’s Vodka Made From?

Tito’s is a US-based company located in Austin, Texas. It was started by Bert ‘Tito’ Beveridge who created Tito’s Handmade Vodka after gaining a legal permit to distill in 1995.

Unlike most vodkas, Tito’s vodka is made by fermenting the mash of yellow corn. The company has made a name for itself by specializing in yellow corn vodka and is known for having handmade vodka.

Their vodka is distilled 6 times before bottling and is considered unaged.

If you’re Tito’s vodka fan, here is a fun recipe you can check out:

Tito’s Smash is a sweet and spicy variant to your basic vodka-based cocktail. It is super easy to make and perfect for a winter cocktail party or girl’s night.

To make this cocktail, you’ll need:

The recipe is pretty simple. All you have to do is mix all the ingredients and shake them up in a cocktail mixer. Add your mixture to a glass and garnish with a serrano pepper slice.

And, don’t forget the ice!

What is Smirnoff Vodka Made From?

Smirnoff was founded in Moscow and is owned by Diageo, a British-based company. It is distributed in over 130 countries worldwide.

Much like Tito’s, Smirnoff vodka is made by fermenting corn and is unaged. Their vodka is triple distilled to achieve a higher level of purity and quality. The vodka is then charcoal filtered to remove additional impurities and unwanted elements.

Smirnoff is a leading vodka brand and offers a plethora of flavored vodkas.

If you’re looking to shake up your next party, here’s a fun cocktail recipe:

The Smirnoff Ocean Breeze Punch is a light, citrusy drink that is perfect for a warm summer’s day. It is super easy to make and will impress your party guests.

All you have to do is mix all the ingredients into a large bowl. Don’t forget the ice! and stir well. Add some lemon wheels and you’re ready to go!

What is Grey Goose Vodka Made From?

Grey Goose was founded by Sidney Frank in 1997. The company is based in France.

Grey Goose vodka is made from a soft single-origin winter wheat that grows in Picardy France, and pure spring water. Unlike most vodkas, Grey Goose is a single distilled vodka and believes that over-distillation strips the vodka of all the flavor of the base ingredients.

If you’re a Grey Goose fan, here is a great cocktail recipe you can try:

The Grey Goose Black Orchid is a fancy yet easy-to-make cocktail that is ideal for an intimate dinner party, or a formal event. It holds notes of fresh lemon, syrup, and peach.

Much like the other cocktails on this list, the Black Orchid is very beginner-friendly. First, add all the ingredients to a cocktail shaker along with some ice. Shake well!

Strain the drink into a perfectly chilled martini glass and garnish with a few edible orchids.

What is Absolut Vodka Made From?

Absolut vodka was founded in 1979 in New York City. It became an almost overnight success and is now available worldwide.

If you’re a fan of Absolut vodka, here’s a fun cocktail recipe for you to try:

The Absolut Vodka Raspberry Blimey is another quick and easy cocktail that is perfect for a hot summer’s day or if you’re hosting a beach or pool party.

Here is what you’ll need;

Mush the raspberry, black currant liqueur, lime juice, and simple syrup into a glass. Add your Absolute vodka and stir. Finish off with a raspberry and blackberry garnish!

What is Ketel Vodka Made From?

Ketel Vodka is known for having an extensive distillery process. The main ingredients for their vodka are winter wheat, grown in Europe, and water.

The winter wheat is ground and blended with the water and this process forms the mash. This mash is then fermented and is then put through a column distillation process. This process creates what is known as ultra wheat spirit (UWS).

What makes UWS so special is its high purity levels.

After this, a portion of the ultra wheat spirit is redistilled via ten copper pots. These pots need to be hand soaked and then sealed with wheat paste. This prevents evaporation.

The distillation has to be monitored once every 20 minutes for the duration of the 8-hour process.

If you’re a fan of Ketel vodka, here is a fun cocktail for you to try:

The Ketel Vodka Ultimate Dirty Martini takes the general dirty martini and adds its delicious spin. This cocktail is perfect for a wintery dinner party or to simply enjoy on your own after a hard day at the office.

This cocktail is pretty easy to make and doesn’t take much time. Simply shake up the vodka, olive brine, and some crushed ice in a cocktail shaker and serve straight.

Finish off with the blue cheese stuffed olive as a garnish.

If you have a taste for vodka, it is a good idea to understand how it’s made. What we’ve found is that every step of the brewing and distilling process affects the taste, characteristics, and texture of the vodka.

It is also important to ensure that the vodka you choose is made with quality ingredients.

Most importantly, vodka is a drink you should enjoy, especially with friends and family. 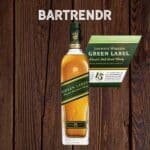 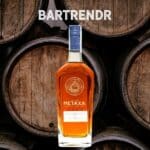