Monkey Shoulder Scotch Whisky is not exactly the new kid on the block. Released in 2005, it only gained popularity in 2012.

Some say it’s not as great as other malts, while others fell in love on the first sip. It all comes down to preference.

This malt was created with the younger generation in mind. That might explain the differences in opinion.

Then again, can you go wrong when blending three premium single malts?

The outcome is bound to be something special.

As the name states, Monkey Shoulder is a blended scotch. What it does not say, is that it is an impressive blend of three of Speyside’s most famous distilleries.

William Grant & Sons blended Glenfiddich, Balvenie and Kininvie. The result is a smooth, creamy blend. Monkey Shoulder is malty and supple and has become a new favorite.

When people think of malted scotch whisky, they envision gentlemen clubs. Cigar smoke and men in waistcoats with shiny pocket watch hanging out.

Scotch has always given off an elegant, elite vibe and the price makes it hard to disagree.

But this scotch? Monkey Shoulder is the leap from plush armchairs by the fire, to vibrant bars at midnight.

So what makes it so great? It might be 100% blended malt, but Monkey Shoulder was made for mixes.

Yes, it’s perfect on its own or on the rocks. But it’s also wonderful in a cocktail.

In fact, cocktails are exactly why it has such a rise in popularity. No one can argue that the younger generation loves their cocktails.

“Monkey Shoulder” is an odd name for a scotch.

They say they chose the name to honor the maltsters of old. The ones who painstakingly turned the malting barley. They developed the “monkey shoulder” injury as a result.

If it weren’t for those manual maltsters, would malted whisky even exist?

Monkey Shoulder Batch 27 is a blend of Glenfiddich, Balvenie, and Kinivie. The distilleries are in Speyside, Scotland, and owned by William Grant & Sons.

They use first-fill single malts aged in ex-bourbon oak. The rise in popularity of this malt means that other distilleries are sometimes used. But it’s always three Speyside malts used per blend.

The age of Monkey Shoulder Scotch is not stated. This is likely because of the different ages and varieties of malts used. It would be difficult to have exact documentation of each blend and the exact ratios used.

The name “Batch 27” comes from the first experimental batch of 27 casks that were vatted together. The blended malt is now vatted at 27 runs at a time.

The scent of a whisky is what first draws you in. You’re not going to taste something if it doesn’t smell pleasing. And this malt is appealing on the nose.

The first inhale of Monkey Shoulder Scotch has strong notes of zesty citrus and soft vanilla. But as with all malts, there are more complex notes found.

They designed this blend to be lighter, with notes of honey and spiced oak. Winter spices of cinnamon, nutmeg, cocoa, and clove peek through.

The combination is sweet, elegant, and with a hint of warm spice. The mouthwatering scent draws you in and entices you to take that first sip.

What makes a great blended malt whisky? Is it the balance of malts and flavors on the palate? Should it be sweet? Spicy? What about well-rounded and earthy?

Whisky should be all those things and more.

The first sip of this blend is marmalade with clove and cinnamon on the palate. The balance of sweet and slightly spicy will remind you of winter mornings by the fire.

The blend of three prominent whiskies is evident in the malty delivery. It’s balanced and well-rounded.

You won’t be able to resist taking another sip.

The finish is as important as that very first sip.

It’s the lingering taste and how it feels on your tongue. It either has you going back for me, or pushing the glass aside.

Monkey Shoulder Scotch has a medium smooth finish and is a little oily. Notes of nutty and sweet, with a lingering hint of spicy oak.

Monkey Shoulder Batch 27 is one of those rare whiskies. The type that is smooth and creamy, and yet completely affordable.

You would think that such a cheap whisky could not be that good. But they didn’t compromise on quality when making this blend.

Is this is a great blended malt? Yes, it’s wonderful on both the nose and the palate, with a smooth and creamy finish.

But is it the best? Well, there are always going to be differences in opinion. Some reviews swear that this is better than Glenfiddich.

We can tell you that it’s a masterful blend of three of the best Speyside single malts. It’s well-balanced and well-rounded, with a sweet and slightly spicy palate.

It’s always affordable and versatile, especially for a scotch. And if you buy a bottle and the taste doesn’t appeal to you, you always use it in a mix. 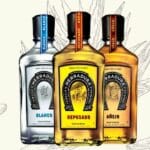