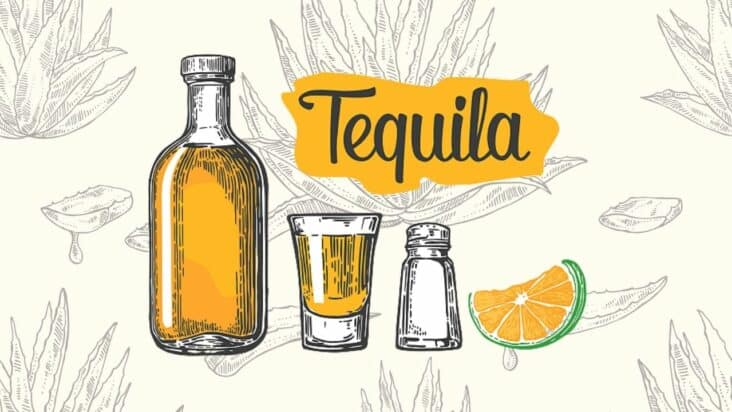 What is tequila made from? Since tequila’s rise in popularity, this question has come up often.

In this article, we explore what it’s made from, how it’s made, and the history behind it.

What Plant is Tequila Made From?

Tequila is made from Weber’s blue agave plant (agave tequila). This is a blue-gray succulent plant native to Mexico. Its leaves are spiky and fleshy and can grow over 7ft long.

The plant takes about seven years to reach maturity. It needs careful tending during this time.

The agave farmers (jimadors) do everything by hand. From planting and tending to harvest. The knowledge of agave cultivation is passed down through the generations.

At about 5-years-old, the agave sprouts a stalk that can reach 16 ft high. The agave farmers need to know when and how to trim the stalk (quiotes). This allows the plant to ripen completely. If they don’t trim it at regular intervals, it will flower and die early.

Only the piñas (agave cores) get used for making tequila. They need to harvest the piña at the perfect time. Too early or too late and it won’t have enough carbohydrates for fermentation. Agave farmers use a special knife called a coa to trim the leaves away from the stalk.

Agave piñas are large and average between 150lbs and 240lbs. The bigger piñas are grown in the highlands while the smaller ones are in the valley.

How is Tequila Made?

After harvesting, the agave piñas get slow-baked to break them down into fructose. They are traditionally baked in special brick and clay ovens called hornos. Large stainless steel ovens are the modern alternative for baking them.

After baking, the piñas are then shredded and crushed to extract the agave juice. This sweet juice is known as mosto. There are two different ways for them to extract it.

The most common extraction method is using an industrial mechanical shredder.

The old, traditional method of extraction uses a large stone wheel (tahona) to crush the piñas.

Inoculum is usually added to speed up fermentation to between 20 hours and 3 days. If it is not added, fermentation can take up to 7 days. A slower fermentation process is ideal. This creates a spirit with better taste, texture, and scent.

Heat plays an important factor during fermentation. More alcohol gets produced at higher temperatures. But the yeast will be ineffective if the temperature is too high. This is why stainless steel tanks the popular choice for Central Mexico’s hot climate.

The second distillation gives us clear, silver tequila. The distilled spirit is then either bottled immediately or placed in oak to age.

The aging time of tequila can vary from less than 2 months to over 3 years. The longer the spirit is in oak, the darker the color. The tannins of the oak seep into the spirit during aging and give tequila its golden hue.

The aging time also affects the flavor profile of the tequila. The longer it’s aged, the smoother and less complex it will be. Tequila that’s bottled immediately after distillation has bolder flavors. But it’s not as refined on the palate.

There are two categories of tequila: 100% agave and mixtos. Mixtos use at least 51% agave and other sugars make up the difference. From brands like Milagro’s Tequila, Casamigos Tequila, and Herradura Tequila, there are a lot of different products offered in the world of alcohol.

Blanco (white) or Plata (silver) tequila: A tequila that is aged less than two months, or bottled (stored) immediately after distillation.

Reposado (rested): Tequila that is aged between two months and a year.

Añejo (aged): Tequila that is aged from one to three years.

Extra añejo (extra aged): Tequila that is aged for three years or more.

Joven (young) or Oro (gold) tequila: This is a mix of reposado and Plata/Blanco tequila.

The History of Tequila

In the 16th Century, in Mexico, the Spanish conquistadors produced the first tequila. They ran out of brandy and decided to distill the agave plant.

Around 80-years later, in Jalisco, Mexico, the Marquis of Altamira mass-produced the spirit. By 1806 his tequila was being taxed by the colonial governor of Nueva Galicia.

Tequila was first exported to the United States by Don Cenobio Sauza. He was the founder of Sauza Tequila. The original name was ‘Tequila Extract’ which he shortened to ‘Tequila’.

His grandson, Don Franciso Javier, is the reason why real tequila is only produced in Mexico. He insisted that “there cannot be tequila where there are no agaves!”.

By 1974, the Mexican government claimed the term ‘tequila’ as its intellectual property. Since then, 100% agave tequila can only be produced in Mexico.

After production, tequila is then exported in bulk to the United States. Once there, it’s bottled at bottling plants and sold to the mass market.

In 2013, China finally lifted the ban on 100% blue agave tequila. This caused a 20% increase in tequila exports.

Why is Tequila Different From Other Alcohol?

Unlike the other 6 types of liquor, tequila is only made in one part of the world.

Mexico is the only place in the world where tequila production is allowed. The name “Tequila” is the copyright of the Mexican government.

All the activities related to tequila are overseen by the Norma Oficial Mexicana (NOM). This includes the supply of the agave to the production of the spirit and everything after.

If a tequila should have a NOM identifier on the bottle (e.g. NOM-006-SCFI-2012). If it doesn’t have this then it’s not authentic or regulated by the Mexican government.

This code also indicates which distillery the bottle comes from. Each distillery is assigned a NOM number by the Mexican government. You can use the NOM number to find out where it was made.

When it comes to tequila, shooters have always been the go-to. A dash of salt and a trail of heat, followed by the relief of lime. You know what we’re talking about.

But shooters are not the only way to drink this distilled spirit. Tequila cocktails have become popular in recent years, and not hard to understand why.

The classic margarita is wonderful in its simplicity. All it needs are 3 ingredients – tequila, Cointreau, and lime. It’s fresh and citrusy, perfect for summer. You could also try the different versions of this drink. Mezcal, Frozen, Skinny, and Mango are great spinoffs.

This drink is sweet, tart, and refreshing. It’s like the margarita, but with grapefruit and less alcohol. You can use grapefruit juice and soda water if you can’t find grape juice soda. Other ingredients include lime and simple syrup.

This one is refreshing, sweet, and tart, topped with frothy foam. It’s a cross between the 1920s sour and the margarita. Ingredients include tequila, lemon juice, lime, bitters, simple syrup, and egg white.

This summer drink is popular in West Texas. Bubbly, light, and tangy, with less alcohol. This cocktail is perfect for those long summer days. Ingredients include tequila, lime juice, and Topo Chico (mineral water).

This is a bubbly, bold, and spicy drink. It has zingy lime, with spicy ginger and a bite of tequila. This one of the best tequila cocktails. Ingredients include tequila, lime juice, and ginger beer.

As the name says, this drink looks like a summer sunrise. Take tequila, orange juice, and grenade layer them into a vibrant cocktail. It tastes as sweet as it looks, with a refreshing finish and a hint of tequila.

Made with tequila, Campari, grapefruit juice, and lime juice. This is an unexpected combo. It’s well-balanced and refreshing. It has a sweet, tart taste with a hint of bitterness at the end.

A spin on the classic Bloody Mary, this cocktail is tangy and spicy. Switch the vodka with tequila and viola! Ingredients include tequila, lemon, tomato juice, horseradish, Tabasco, Worcestershire, and celery salt.

A sophisticated and stronger spin on the classic margarita. Ingredients include tequila, Grand Marnier, Cointreau, and lime juice.

If you’re looking to up your mocktail game, take a look at the alcohol-free, tequila alternative from Ritual Zero Proof.

Some of our Favorite Tequilas 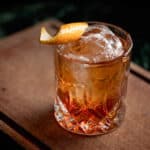 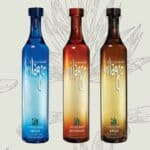