Triple Sec is popular for its use in cocktails and mixes. And while you can certainly drink it on the rocks, it’s usually one-dimensional.

What is Triple Sec? It’s an orange liqueur commonly used in cocktails.

In this article, we explore this liqueur in-depth and answer the most popular questions asked about Triple Sec. We look at the history and what it tastes like. We also look at similar liqueurs and what makes them different.

What is Triple Sec?

Have you ever ordered a cocktail and wondered where the citrus flavor came from? Well, the answer is usually Triple Sec or something similar.

Triple Sec is a type of clear orange liqueur, sometimes with colorants added. It was originally intended to be a digestif but is now a common cocktail ingredient.

It can be confusing when people talk about it as a brand and an alcohol category. The truth is, it’s both.

When people talk about Triple Sec, they usually mean an orange liqueur of lower quality. In actuality, there are some very good brands of this spirit but also quite a few knock-offs.

While it’s tempting to opt for the cheaper option, that rarely equates to good quality.

The ABV (Alcohol by Volume) of this popular cocktail ingredient ranges from 15% to 40%. Generally, the lower the quality of the spirit, the lower the ABV.

Triple Sec tastes like dry oranges and you can consume it on its own or in a cocktail. It can often be found in the classic Mojito. Its flavor is distinctly citrus.

Today there is more sugar used to create Triple Sec in an attempt to dull out the bitter taste. You may have noticed that it’s extremely sticky to the touch due to all the sugar.

The variations with other bases will have more layers and complexity to its flavor. Such as the rum-based Curacao which is sweeter and smoother.

What Does Triple Sec Do For a Drink?

This bright citrus spirit is a key ingredient in many popular cocktails. It adds a fresh, zesty note while drawing out the flavors of the other ingredients.

Imagine what your Long Island Ice tea would taste like without that citrus zing. It just wouldn’t be the same. Triple sec also makes for one of the best substitute for brandy in sangria.

Another great aspect is that it has a relatively low alcohol volume. Combier has a 25% ABV. This makes it great for enhancing other spirits, without being too heavy.

Other well-known cocktails include the Margarita, Mai Tai, and Cosmopolitan.

The History of Triple Sec

Triple Sec is an orange liqueur. It was created by Jean-Baptiste Combier and his wife Josephine. They perfected the liqueur in 1834 in their kitchen in France. They used a balance of bitter Haitian oranges and sweet oranges from Valencia.

It’s said that the ‘Triple’ in the name refers to the triple distillation process used. ‘Sec’ means dry, and so ‘Triple Sec’ is a triple distilled dry orange liqueur.

Jean-Baptiste and Josephine used neutral alcohol in the fermentation and distillation processes. The result was a zesty spirit with a very distinct citrus flavor.

This became known as Combier Triple Sec or, Triple Sec.

Now, Combier Triple Sec was not the first of its kind. That title goes to Curacao, first created by Bols distillery. Lucas Bols created the liqueur with oranges from Curacao Island. This orange liqueur is not quite the same as triple sec.

It was traditionally made with rum. This gives it a much sweeter taste. It is also pot-distilled while Triple Sec is column-distilled.

There are other variations of this orange liqueur. Cointreau is one the most popular.

How is Triple Sec Made?

It’s made from orange peels soaked in alcohol and triple distilled.

This gives Triple Sec its amazing aroma and citrus flavor.

The peels are then sundried for 48-hours or longer. Then, they are soaked in 96% ABV alcohol for several days. The essential oils are extracted slowly during the fermentation process.

The resulting spirit is then distilled twice more. It’s often blended with beet sugar or water to sweeten it. More neutral alcohol can be added to increase its strength.

What Liqueur is Similar to Triple Sec?

Cointreau is by far the most popular triple sec brand out there. It is smoother, stronger, and not as dry as Combier. Cointreau was released in 1875. While it is a later version of triple sec, it became the more popular version very quickly. It has an ABV of 40%.

Bols Curacao is generally considered to be the first known orange liqueur. Unlike Combier, Curacao is usually rum-based and has extra spices and herbs. This gives it a more layered flavor profile than the normal neutral-based triple sec. It has an ABV of 38%.

Another popular variation is the Grand Marnier. Much like Curacao, Grand Marnier does not have a neutral base. It has a Cognac base, mixing the richness of brandy with a hint of orange zest. It has an ABV of 40%.

Is Triple Sec sweeter than Cointreau?

It’s possible you weren’t aware that these two liqueurs are one and the same. Most likely because Cointreau doesn’t feature the name Triple Sec anywhere on their label.

Triple Sec is sweeter than Cointreau, which might be why it’s less popular. Cointreau is smoother, stronger, and goes down great on its own.

But, some people might consider Triple Sec to be too cloying to drink alone. It also has a lower ABV than Cointreau. Depending on what you’re looking for in a drink, a lower ABV could work in your favor.

Of course, everyone has their own opinions and preferences. Some people prefer sweeter spirits while others don’t. Regardless of your preference, I’m sure we can agree that Triple Sec adds more dimensions to mixes.

Due to the high alcohol content, Triple Sec does not go bad. Alcohol acts as a preservative keeping it safe to consume for many years.

It will more likely lose its quality and lose some of its flavors over time, but will never taste ‘off’. So you could keep it in the cupboard for special occasions without worrying about it going to waste.

Triple Sec does not need to be refrigerated and can be kept alongside your other hard liquors and away from sunlight and heat.

A bottle of Triple Sec will only cost around $30 so it’s a rather inexpensive drink that’s easily attainable and makes the perfect addition to your cocktails at home.

Our favorite when it comes to Triple Sec is Cointreau, but for the best classic Triple Sec we suggest trying out L’Original Combier Liqueur d’Orange. 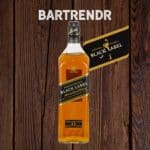 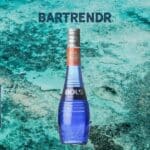