If you’re after a truly Greek experience, then you’ve got to try Ouzo. This Mediterranean liquor is an important part of Greek culture. It’s strong, it’s unique, and it’s delicious!

Ouzo can only be made in Greece or Cypress. This anise-flavored aperitif may have some similarities to other drinks, such as aquavit or absinthe, but it’s a completely original type of drink.

So what exactly is Ouzo? What makes it special, and how should you drink it? We’ll explore this all below.

First things first, what exactly is Ouzo? Ouzo is a special anise-flavored liquor that comes from Greece. It is made using grape must, which is a byproduct of winemaking. Ouzo can include other spices besides just anise, but anise is always the dominant flavor.

Ouzo has to be at least 37.5% ABV, or 75 proof. Typically, Ouzo isn’t any stronger than 90 proof, or up to 45% ABV. This drink generally sits at around 80 proof. Sure, this doesn’t seem that strong compared to other high-proof alcohols.

However, ouzo has a very uniquely potent character. The drink also has a high sugar content, which means the alcohol effects are slightly delayed. So drink with caution.

If you want to call it Ouzo, it has to be made in Greece or Cypress. This is thanks to the drink receiving an EU-approved Protected Designation of Origin because of the drink’s proud cultural significance in Greece.

According to Greek law, the final distilled ouzo has to contain at least 20% of the original ouzo yeast.

Ouzo dates back to 1856 when the first Ouzo distillery was opened by Nicholas Katsaros and his family. This distillery is still in operation today, alongside many other well-loved Ouzo producers.

The island of Lesvos (Mytilini) is well known as the ouzo hotspot of Greece. This is where half of Greece’s ouzo is produced, with some of the best-known distilleries being found here.

How is Ouzo Made?

Ouzo is made from the by-products of grapes when they are used to make wine. This mostly means the skins and stems of the grapes.

This grape base is distilled into a strong alcoholic beverage, and flavored with spices. Ouzo is always flavored with anise, and certain other spices can be added to it too. This is dependent on the specific recipe.

Ouzo is a strong, clear type of liquor. Its main flavor is of anise or black licorice. This powerful licorice flavor is balanced by a certain sweetness. Ouzo has a uniquely fiery aftertaste

While the licorice flavor is always dominant, different ouzo recipes can have slightly different lingering tastes.

This is due to the unique blends of spices used to flavor the liquor. Some other flavors that you may taste include fennel, cardamom, cinnamon, mint, cloves, and more.

Ouzo can vary quite a lot in taste and strength between different distilleries. For this reason, it’s a good idea to try out different brands of ouzo if you really enjoy the fiery Greek drink.

How Should You Drink Ouzo?

Ouzo is typically drunk as an aperitif with appetizers, or meze. Although, this well-loved Greek favorite can be enjoyed for any occasion that calls for it.

One would typically drink ouzo neat and without ice. This strong drink should be served in a kanoakia, which is a tall and slim glass, much like a highball.

Many avoid adding ice to their ouzo, as this will create unwanted crystals that form on the top of the drink. Although, this won’t affect the flavor. Ouzo should be served slightly chilled.

If you want to dilute the ouzo a bit or chill it down, the solution would be to mix it with some iced water. You can dilute the ouzo with water to match your taste. Just be prepared for the “ouzo effect” when you add in the water.

This is when the drink turns from a clear liquid to a milky white color when water is added. This is a reaction that is caused by the anise oils present in the drink.

The typical setting for drinking ouzo would be in ouzeries, which are small bars in Greece dedicated to this fine liquor. Ouzeries are lively places that serve plenty of meze options to complement the drink.

If you’re not in Greece though, you can enjoy ouzo before, after, or during your meals. This is a versatile drink that works well with many food flavors.

Ouzo should not be drunk as a shot. Instead, it should be sipped on slowly and appreciated. Drinking ouzo alongside small plates of food is certainly recommended. If you want to enjoy ouzo, then there’s no better way than the traditional Greek approach.

Other Ways to Drink Ouzo

Any traditional Greek would turn their nose up at the idea of drinking ouzo in any other way than neat or diluted with water.

This doesn’t mean that you don’t have other options though.

Anyone happy with breaking tradition can try ouzo in a cocktail. This may not be a very typical cocktail ingredient, but the strong anise flavor can work well with certain ingredients.

If you find the taste of neat ouzo is too strong for you, then consider making an ouzo cocktail.

We’ve listed some simple ways to prepare ouzo below:

Ouzo is also used in many Greek kitchens to flavor all kinds of sweet and savory dishes. The unique licorice flavor makes it a useful addition to many recipes.

If you’ve never tried ouzo before, then it’s certainly time to give it a try. Anyone who enjoys the taste of licorice will love this sweet and strong anise liqueur.

Ouzo is a true one-of-a-kind drink that always promises a good time.

Whether you drink it the traditional Greek way, or if you add it to a unique cocktail, ouzo is a delicious and fun drink to enjoy. As the Greeks would say, “stin uyeia sou!” 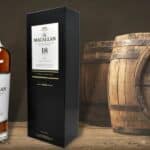 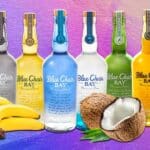